This No. 4 Mk II bayonet was made by Canadian Arsenals Ltd after WWII. It is believed that they only made 5000 of these bayonets for the Korean war. 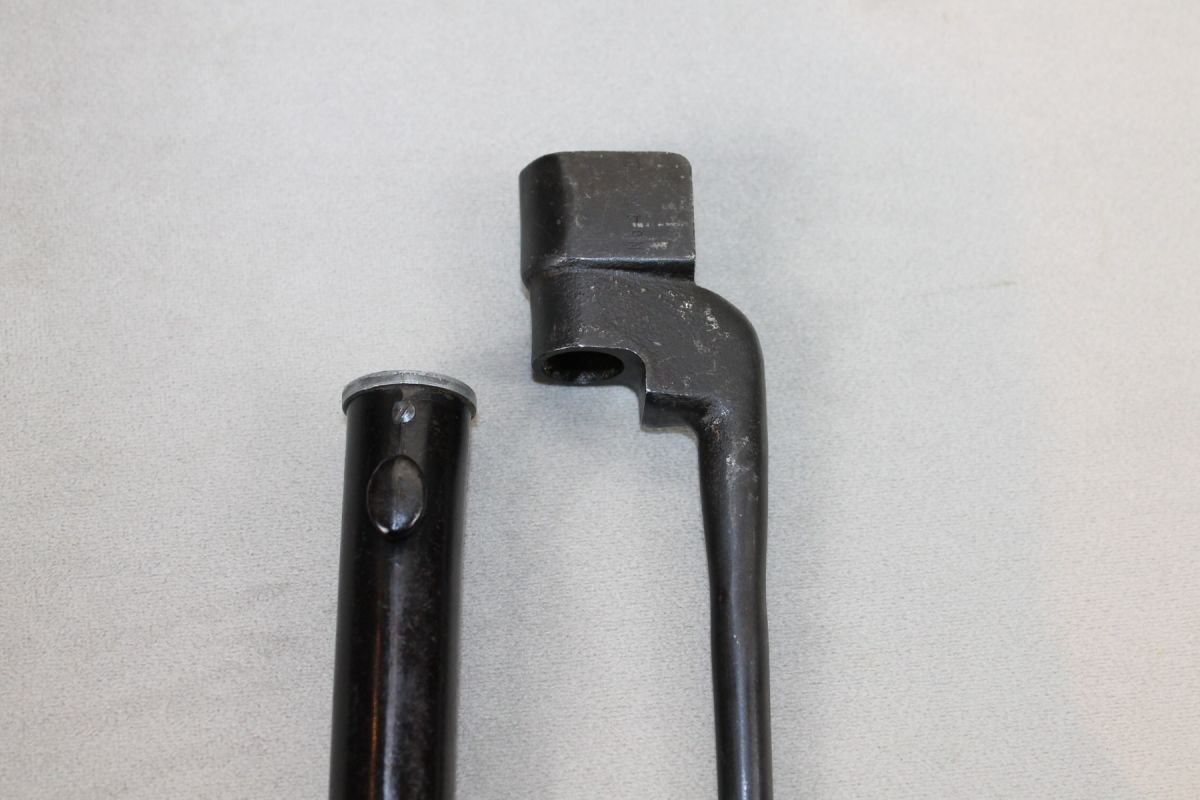 A simplified version of the No.4 Mk.I bayonet, the No.4 Mk.II eliminated the milling required to create the cruciform blade. It was otherwise identical to the Mk.I, with the bayonet and socket one solid forging. Three firms produced the No. 4 Mk. II: Singer in Scotland, the Savage Stevens Co. in the USA, and Long Branch in Canada.

The No.4 Mk.II* further simplified production of the No.4 bayonet, with the socket and blade being two separate forgings. This lowered costs and allowed manufacture by subcontractors. Its also dispersed production, mitigating the risk of production being interrupted by bombing. The two-piece construction gives the No.4 Mk. II* a characteristic stepped join between the blade and socket. It was produced by four firms: Prince-Smith & Stells, Howard & Bullough, Lewisham Engineering, and the Baird Manufacturing Company. The finish varies considerably between manufacturers.

The No.4 Mk.III was the final, and crudest, form of the No.4 bayonet. The socket is fabricated by welding together seven sheet steel stampings, eliminating the socket forging process altogether. Even the spring plunger is a stamping. 196,200 were produced, by Joseph Lucas Ltd, Birmingham. It was declared obsolete in 1946.