This No.1 MkIII* rifle and bayonet is "Out of the box, NEW" This was one of the rifles released 20 years ago and was only at that point, taken out of the box that it had been packed in for over 50 years.

Lithgow SAF started production in 1912 and was in continuous production until 1945, when with the sudden finish of WWII, production stopped. There was only the proofing of the tools carried out in 1953 when 1000 receivers were made, and they were assembled into rifles over a 3 year period. From 1945 onwards, most rifles were rebuilds or FTR rifles.

Most of the rifles not used in WWII would have been issued in the years to come, but as far as I can find out, these rifles were in Naval stores and hence stayed new in their boxes due to the limited need in the navy.

Still packed in the original grease, with only storage or manufacturing marks on the wood work. All serial numbers match. Being a rifle manufactured in 1945, the barrel is unnumbered. 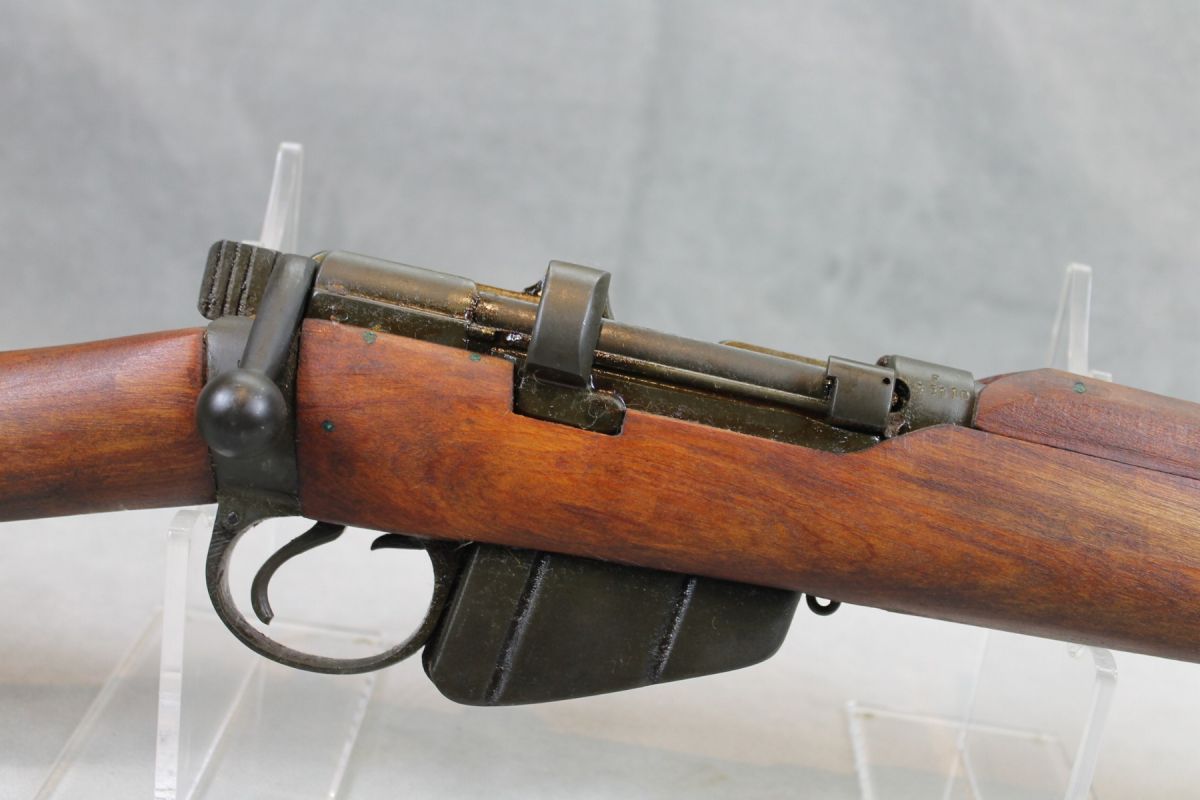 Introduced on 26 January 1907, the SMLE Mk.III rifle would remain, with minor variations, in Australian service for some fifty years. Production of the rifle began in Australia in 1912 with the opening of a small arms factory at Lithgow, NSW. The last Mk.III* rifle made at Lithgow, was made in 1953, although rifles continued to be repaired there for some years after.