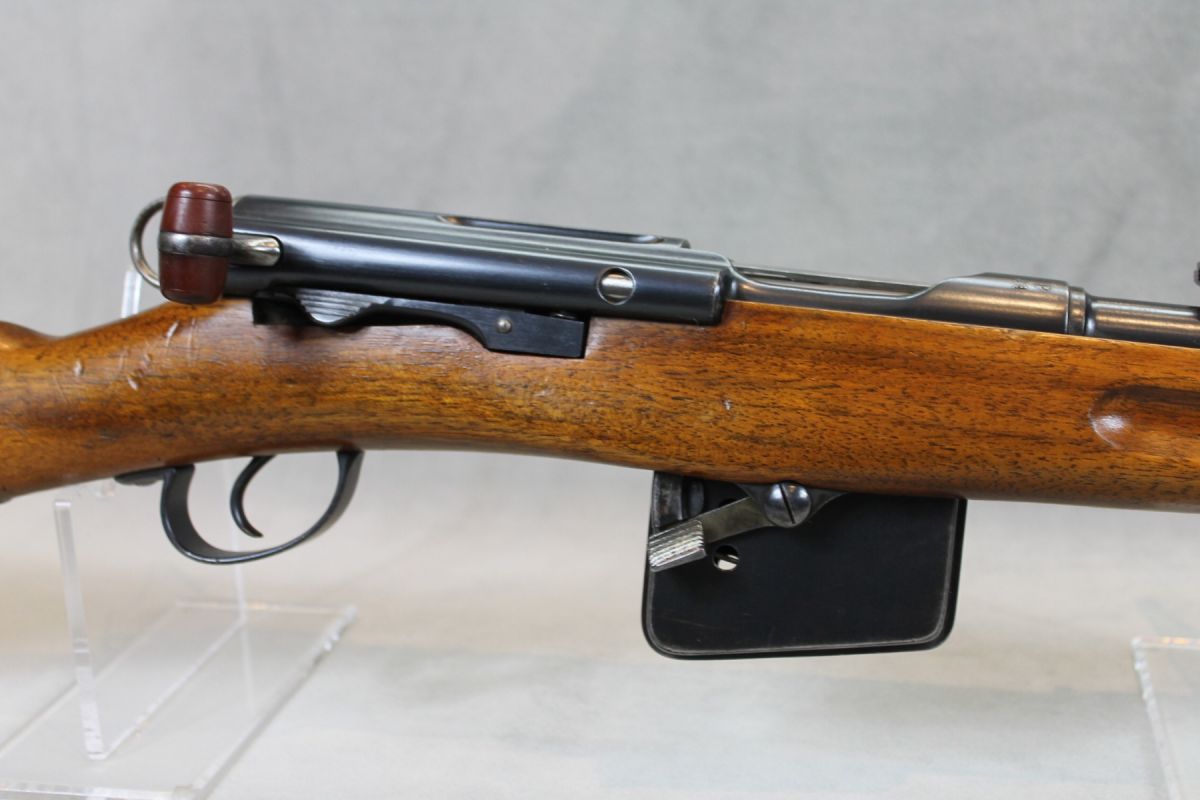 The result of several years of testing, the Schmidt-Rubin Model 1889 was adopted in 1889. The rifle takes its name from the names of the designers of its ammunition and its action. In 1882, Eduard Rubin began testing the first small-calibre copper-jacketed bullet which could successfully withstand high velocities. In 1885, this round was combined with Rudolf Schmidt's first straight-pull action. The straight-pull action relied upon an actuating rod, set in a channel to the right of the breech, to rotate the bolt though a helical channel cut in the bolt sleeve. Twin locking lugs were positioned midway through the bolt sleeve, locking the bolt into the receiver directly above the trigger. Over the next three years both the rifle design and cartridge were refined. The final result was adopted on June 26, 1889.

Even before the Model 1889 entered service, the Swiss Rifle Technical Commission had reservations about the strength of the Model 1889s action. In 1888 they requested Col. Schmidt redesign the Model 1889 action by moving the locking lugs forward on the bolt sleeve. Colonel Rudolph Schmidt, then the Director of Armament Manufacturing, however, refused the request, claiming such a change was “not feasible”.

The Rifle Commission’s fears were soon realised when the Model 1889 entered service. It soon became apparent that the rear mounted locking lugs of the Model 1889 were problematic. In November 1892, Colonel Vogelsang was assigned the task of designing three rifles with improved actions. Vogelsang moved the locking lugs from the rear to the front of the bolt sleeve. This also required the redesign of the bolt (including the bolt sleeve, firing pin, and firing pin spring), receiver, and stock.

Testing of the new design took place in January 1895. The results showed a remarkable improvement in performance. It was determined that it would be impractical to to convert the existing Model 1889s to the new action type. And, as a result, on July 31, 1896, a new rifle, designated the Model 1889/96 was approved for service.