Discovered buried beside a house in suburban Sydney these gunades are in remarkably good condition. The ordnance pattern carriages were accurately reconstructed by Pioneer Gun Works in Sydney. Guns from this period, of this size, and in this condition are rarely encountered. 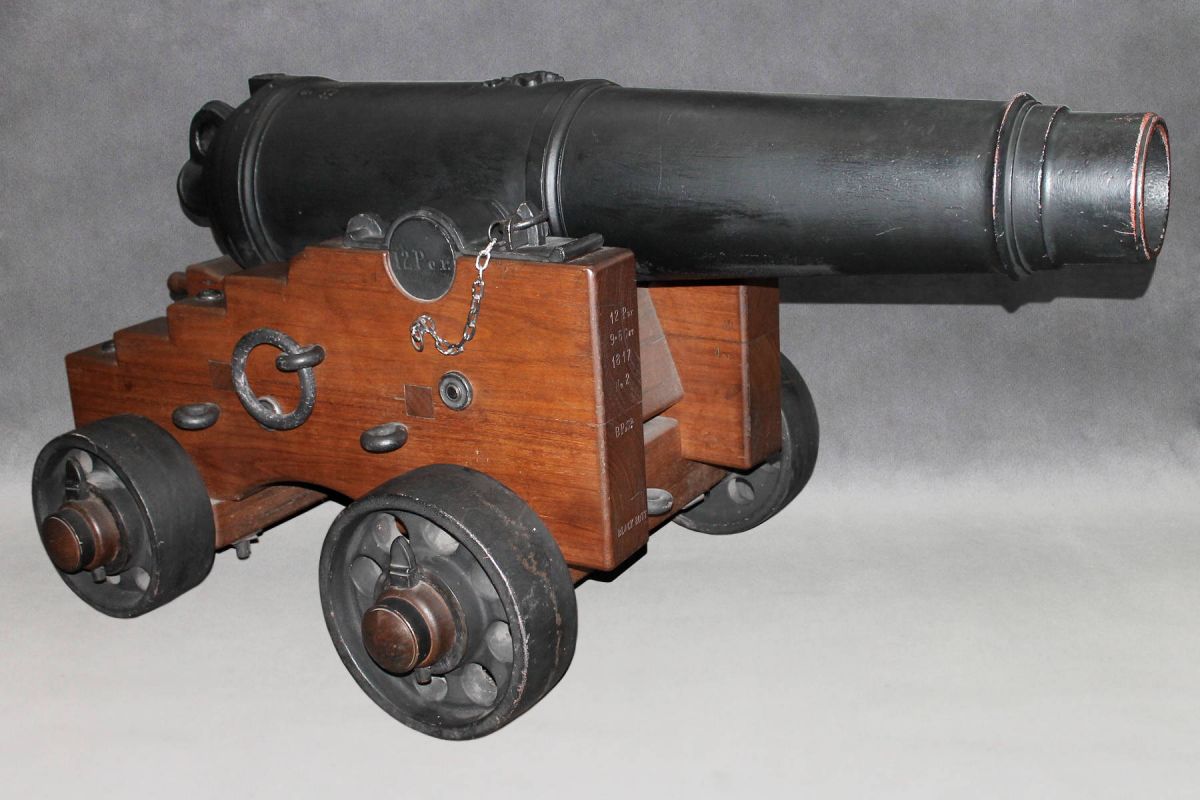 Discovered buried beside a house in suburban Sydney these gunade are in remarkably good condition. The guns retain much of their original external detail and are free of the heavy pitting encountered on those examples that have been removed from salt water or used as bollards. The ordnance pattern fort carriages were accurately reconstructed by Pioneer Gun Works in Sydney, with forged trunnion caps, pins and rings; and cast iron wheels. The black butt wood used in the carriage's construction was salvaged from a demolished wool store. Guns from this period, of this size, and in this condition are rarely encountered.

The guns were made circa 1820 by Bailey, Pegg & Co., an iron foundry located at Brierley Hill in London, that was opened in the late 1700s. Bailey, Pegg & Co made guns from small swivel guns for merchant ships and signalling, up to 32 pounders and morters with bores of up to fifteen inches for the Board of Ordnance. The firm had the distinction of never having had a gun fail proving by Woolwich Arsenal. Guns from the foundry were employed extensively during the Crimean War. An old cannon made by the foundry was even employed by the defenders during the Seige of Mafeking.

These gunade are of the Blomefield design. Thomas Blomefield, Inspector of Artillery from 1780, introduced a number of improvements to cannon in 1787. These included: a more rounded breech, eliminating the prominent mouldings; changes to the reinforce and strengthening of the chase; and the addition of a ring to the cascable.