This hat is a reproduction of those worn by the majority of Australian troops during the First World War. The 100% fur felt Akubra slouch hat is fitted with a reproduction First/Second World War Commonwealth Pattern hat badge, an adjustable leather chin strap, and reproduction wool hat band. 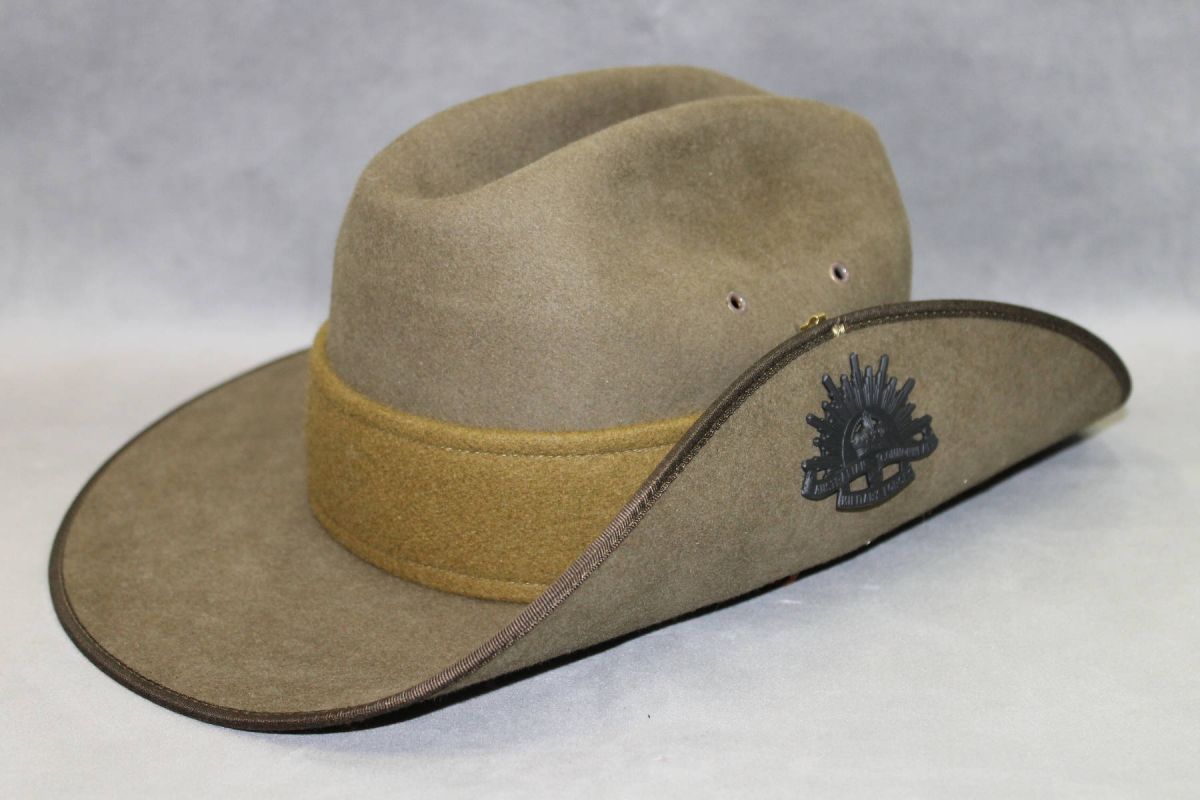 The slouch hat was adopted as a standard headress by Australian colonial military at the end of the 19th century. Following federation, the newly formed Australian army wore the hat with various regimental distinctions including coloured puggarees, regimental badges, silk rosettes and plumes. The introduction of universal training in 1912 led to a simplification of uniform, which the slouch hat did not escape. The coloured puggarees were replaced by coloured wool bands, and regimental badges and rosettes were replaced by numerals worn on the front of the crown.

At the outbreak of the First World War the Australian Imperial Force were provided slouch hats with a plain khaki wool hat band, and a Commonwealth Pattern ('rising sun') badge. The left brim of the hat was upturned and held to the crown by a brass hook and eye. The oxidised (blackened) badge was affixed to the upturned brim. The crowns of the hats were creased, although there does not appear to have been any enforcement of any direction as to how, and a staggering array of styles are encountered in period photographs. Other distinctions were worn, sometimes against standing orders, by some regiments, including the emu plume worn by some regiments of the Australian Light Horse.

These hats are an exacting reproduction of the slouch hat worn by most Australian Imperial Force soldiers during the First World War. The 100% fur felt hat is made by Akubra, a company that has supplied, and continues to supply, hats to the Australian Army since the early 20th century. To these hats are attached a reproduction of the Commonwealth Pattern badge, khaki wool hat band, and adjustable leather chin strap.