These barrelled receivers are in very good condition, and the barrels are EXCELLENT. Perfect for either a P14 build or re- barreling. 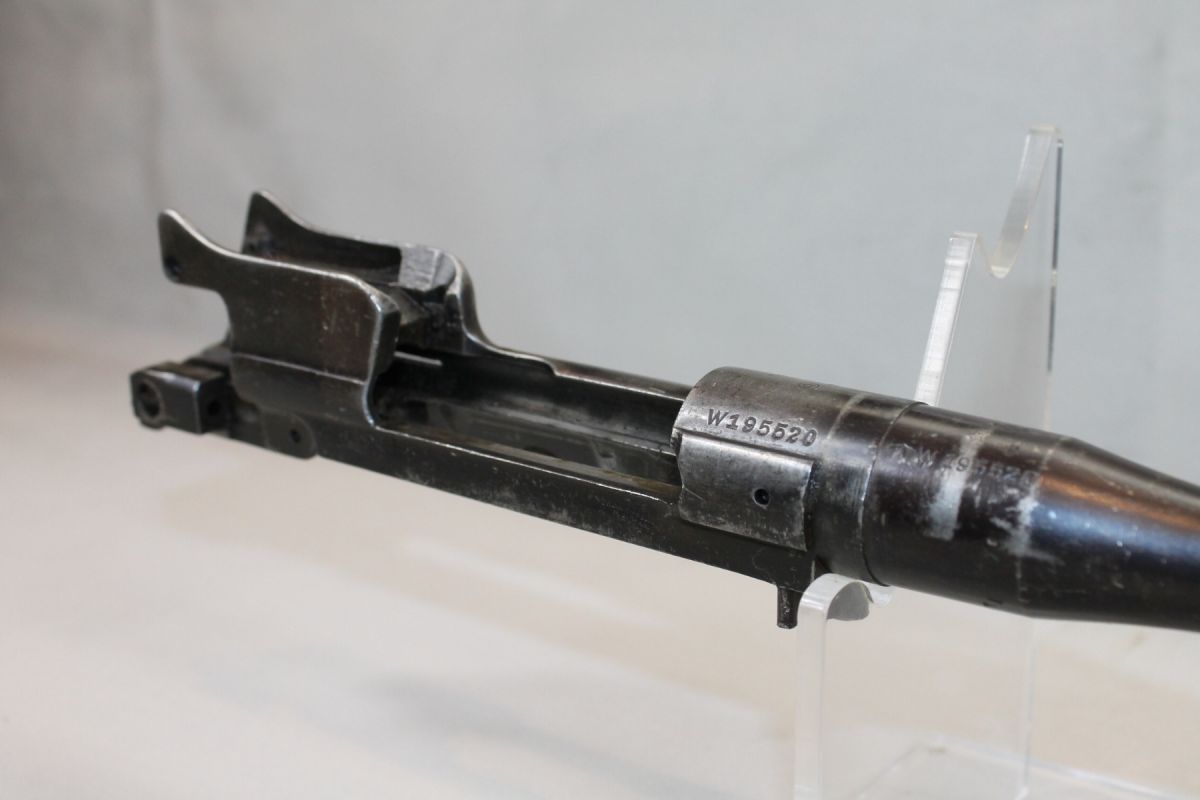 Following experiences in the Boer War, where the British were confronted with accurate long-range fire from 7×57mm Mauser rifles, the War Department began development of a new cartridge. In 1910, the .276 Enfield cartridge was introduced. A new rifle, using a modified Mauser action was subsequently designed to fire it - the Pattern 1913. The outbreak of the First World War forced the abandonment of plans to adopt the new rifle and cartridge.

During the war the need for additional small arms combined with a shortage of spare industrial capacity led the British government to contract with United States commercial arms manufacturers, Winchester, Remington and Eddystone (a subsidiary of Remington set up principally to manufacture the P14) to produce the P14 (a modification of the P13 to .303). Problems were encountered with specifications, quality and shortage of machine tools and skilled workers, with the result that the first rifles were not accepted by British inspectors until February 1916. In December 1916, a modification was made to enlarge the bolt lugs and the rifle became the Mark I*. During the First World War Winchester manufactured 235,293 rifles, Remington manufactured 400,000 and Eddystone manufactured 600,000, totaling 1,235,293 rifles.

The P14's principal combat use during the First World War was as a sniper rifle, since it was found to be more accurate than the Short Magazine Lee–Enfield.